Medicine Balls, the go-to tool for developing power for centuries!!  If it was good enough for gladiators, why aren’t you using it; they are simple to use, great for getting out that stress and aggression, and your power development will be greatly improved!  Safe for all ages and ability levels, this tool is a must-have in your training arsenal!

At NAKOA we love to utilize numerous medicine ball exercises in our programs, whether it is for our youth camps, regular group classes, personal training clients or for our elite athletes.  As coaches, we love the adaptability of the medicine ball, as we can utilize it in many different ways to elicit the desired training stimulus we are working towards. It is important to note, that we use these exercises to express force, that means each rep should be done with as much intent as possible.  A simple cue is to think of throwing the ball through the floor or wall, too many people don’t exert maximum force and this only cheats you of the true benefits of the medicine ball. Below, you will see four exercises that are staples in our programs, but the variations of exercises you can create are practically limitless; as long as you have a solid understanding of why it’s prescribed and it meets the purpose of achieving the end goal.

Exercise #1:  The Overhead Slam – The most commonly used exercise

This exercise is great for developing total body power and to help an athlete/client learn the kinematic sequence necessary in order to perform this exercise with the most force possible.  There can be different protocols used for this exercise, but if we are truly looking to use it to express power and work on our force production, we need to make sure each repetition is done with maximum effort.  In short, don’t rely on the bounce of the ball to take you right into the next slam. Reset your feet, brace your core and perform the exercise with the intent to slam the ball as hard as you possibly can.

Besides not slamming the ball hard enough, another common mistake seen with this exercise is that people don’t maintain a relatively flat back on the downward motion.  You can see this is the “bad slam” video. For one, this is not an athletic position and leads to energy leakage, meaning the slam will not be as powerful as it should be.  Secondly, when we slam with a rounded back, we tend to pick up the ball with a rounded back, not an optimal position for loading the spine, which puts us at risk of back injury.  A simple cue if this is a problem, is to start in the ¼ squat end position with everything braced, and then get tall after that.

You’ll also notice in the correct slam video that I get up onto my toes (triple extension – ankles, knees, and hips all extended) which allows me to exert the maximum amount of force possible.  This is also a great training tool that can be used to reinforce the body position during the second pull in an Olympic lift, more on that in the next exercise!

This is basically the overhead slam in reverse.  Instead of directing all of the force down to the ground, this time we are expressing power upward.  This is a very good exercise that carries over to jumping and Olympic lifting, as triple extension is essential to producing the highest toss possible.  In both vertical and broad jumps, it is essential to achieve maximum hip extension in order to produce the biggest force upward or horizontally. If an athlete or client is having difficulty achieving hip extension during their jumps or lifts, this exercise is a great tool to allow them to “feel” what it should be like.  You can also utilize this movement as a less demanding exercise selection to still work on hip extension without the impact or heavy loading required of an actual jump or Olympic lift. A common mistake on this exercise, besides not achieving full triple extension, is the desire to use too heavy of a medicine ball. We want the movement to still be fast and powerful, so don’t overload the movement!

We utilize this medicine ball movement to express rotational power.  While not only for those rotary athletes, as everyone should be able to express power in multiple movement planes, this is a go-to exercise for our golfers, boxers/fighters, lacrosse athletes and baseball players.  As with all of these movements, make sure each rep is as powerful as possible, a more advanced version of this would be to perform with speed and power, we’ll save that for another post. This exercise is also a great tool to teach a person to transfer weight from one foot/hip to the other without using too much sway in the lower body.  Make sure core is braced and to not overextend the low back at the end of the movement. I like to cue people to post up/brace on the front leg at the end of the movement and to keep rib cage down to avoid overextension of the back.

This is a more advanced version of the overhead slam, that adds a rotational component to the movement.  Too often I see people keeping their front leg too straight, allow the knee to bend so you can exert more force downward, as well as reduce the shearing effect on the knee joint.  Secondly, make sure to get the ball up and over the head, it should not cross in front of the face, and as always, perform with a relatively flat back.

Give these movements a try in your next program and see your power output improve and your stress levels drop.  A good slam will cure a case of the Mondays in no time!! 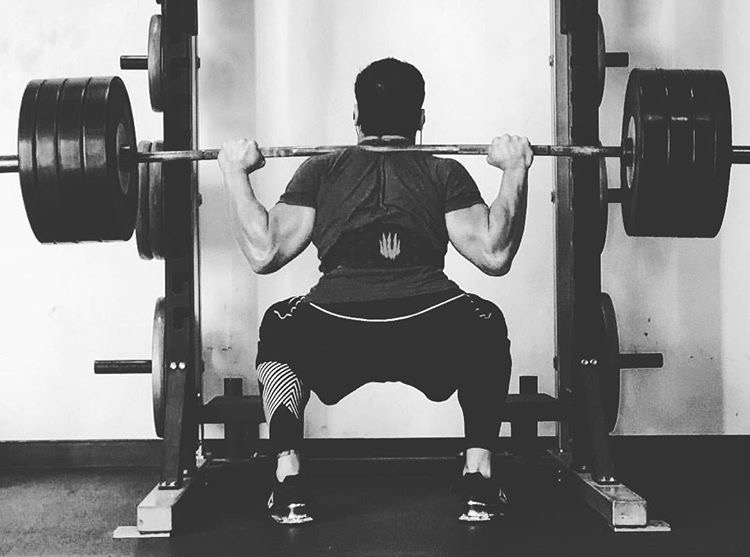